Relieve Your Arthritis With Acupuncture 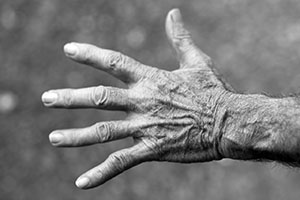 Arthritis is a painful and oftentimes debilitating condition that’s characterized by inflammation within one or more joints. According to the Centers For Disease Control and Prevention (CDC), 1 in 2 people will develop osteoarthritis of the knee by the age of 85. It’s important to note, however, that there are several different types of arthritis, with osteoarthritis being just one. Other common types include rheumatoid arthritis, gout, septic arthritis, Still’s disease, and ankylosing spondylitis.

While most people living with moderate-to-severe arthritis resort to prescription medication to mask their symptoms, a safer and more effective form of treatment may come in the form of a 2,000-plus-year-old Chinese practice called acupuncture. Numerous studies have found acupuncture to offer relief of many different types of arthritis. And best of all, it doesn’t come with the adverse side effects associated with arthritis medication.

Acupuncture and Arthritis: How It Works

Acupuncture is based on the belief that our bodies have an essential life/energy force (referred to as Qi). This force flows through the body, traveling along 20 channels (referred to as meridians). Normally, Qi flows unrestricted, keeping the individual healthy while warding off disease and illness. However, there are times when the Qi will become stagnant, blocked or dislodged from its normal position, leaving the individual susceptible to illness.

By placing thin needles directly under the skin, a licensed acupuncturists can stimulate the flow of Qi, correcting blockages and other abnormalities. Furthermore, acupuncture aids in regulating the nervous system, which in turn produces the natural pain-relieving chemicals called endorphins.

A group of German researchers conducted a study on 304,674 patients suffering from osteoarthritis of the knee. Researchers split the patients into two groups, one of which received traditional routine care, while the other received 15 sessions of acupuncture. Researchers concluded that patients who had received acupuncture experienced better knee function, less pain, and an overall better quality of life than their counterparts.

Another study – this one originating out of China – found that both acupuncture and electroacupuncture were effective at reduce pain, inflammation and tenderness in parts of the body by arthritis. Granted, this was a small study with just 36 patients, but it’s just one more study attesting to the healing power of acupuncture.

Give me a call today to learn how you can get back on track to better health!

Relieve Your Arthritis With Acupuncture was last modified: May 18th, 2015 by admin

This article was posted in Acupuncture and tagged arthritis, pain. Bookmark the permalink. Follow comments with the RSS feed for this post. Both comments and trackbacks are closed.
12504171771